On behalf of Ray, Rhonda and the entire R&J Batteries family, we would like to congratulate one of our longest standing and valued employees, Jason Handley, on his appointment and success in his new role as General Manager Australia at R&J Batteries.

Jason is a true success story and an inspiration to many of us at R&J Batteries. His journey with the company started way back in 2002 when he joined our Ballarat branch. Coming from a strong automotive background, Jason quickly learned the ropes of his warehousing position and was promoted to a sales representative role. During his time as a sales representative, Jason learnt many facets of the business and built strong relationships with his customers and colleagues.

When R&J Batteries opened its third branch in Tullamarine, Jason was given the opportunity to become Branch Manager. Jason happily accepted this opportunity and made the move from Ballarat to Melbourne. Jason’s hard work, commitment and loyalty to the company didn’t go unnoticed. Just after 5 years of being a Branch Manager, he was once again promoted and this time to Victoria State Manager.

In the next 3 years, he was responsible for overseeing operations throughout the State of Victoria. Today, Jason is the General Manager of our Australian operations. In this role, he is responsible for managing our rapidly expanding network of stores across the country, our vast distribution network and most importantly, our incredible team members.

During his 17 year career span at R&J Batteries, he has seen the company continuously evolve with changing times and has taken it all in his stride. “No two days at R&J Batteries are the same. Of course, we have our fair share of challenges, wins and losses but we continue to grow and get better from these experiences. I believe this is our recipe to success. We have something very special and I truly do believe we could be number one in Australia,” says Jason.

According to Jason, the R&J family is the company’s biggest strength. “Without a doubt, I truly believe our success is due to our staff. We have something other companies don’t have –  people who really do care.”

Jason Handley is a true success story at R&J Batteries. He is an incredible asset to our company and the right person to take our Australia business on to greater success. Please join us in congratulating Jason. We look forward to working with him in this new role. 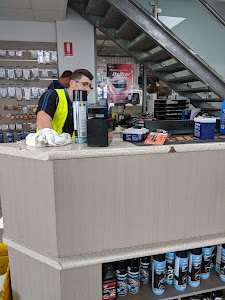 Russell Howlett
03:41 22 Sep 18
Fast and friendly service. Drive in drive out with new battery. Thanks guys.

Jan Baxter
23:17 17 Jul 18
Yesterday my mobile phone charging port was damaged and couldn't be repaired. I needs to retrieve an audio file from the phone with a dead battery. The guys at R & J went out of their way to recharge the battery, trying a number of different things so I could retrieve the file. I was very impressed with their level of customer service which was fantastic and very grateful they were able charge the dead battery. Thanks again.

Kenneth Steele
02:41 09 Jun 18
Excellent Service, changed the Battery cleaned everything. Even Cleaned and touched up with paint the top Battery holder. Great prices we will be back

Remi Pham
15:15 04 Oct 17
Good advice on what battery to choose but not the cheapest if you compare to other battery shops

David Kelly
08:34 18 May 17
Very popular Ballarat outlet. All sorts of batteries. I have bought batteries for every thing from a generator to a 1987 Porsche. Very helpful staff.

Peter Steele
01:19 17 May 17
I went in for a Honda ATC battery. I was given the option of a high end race battery that's light or a standard battery. Great customer service. Polite.
Next Reviews